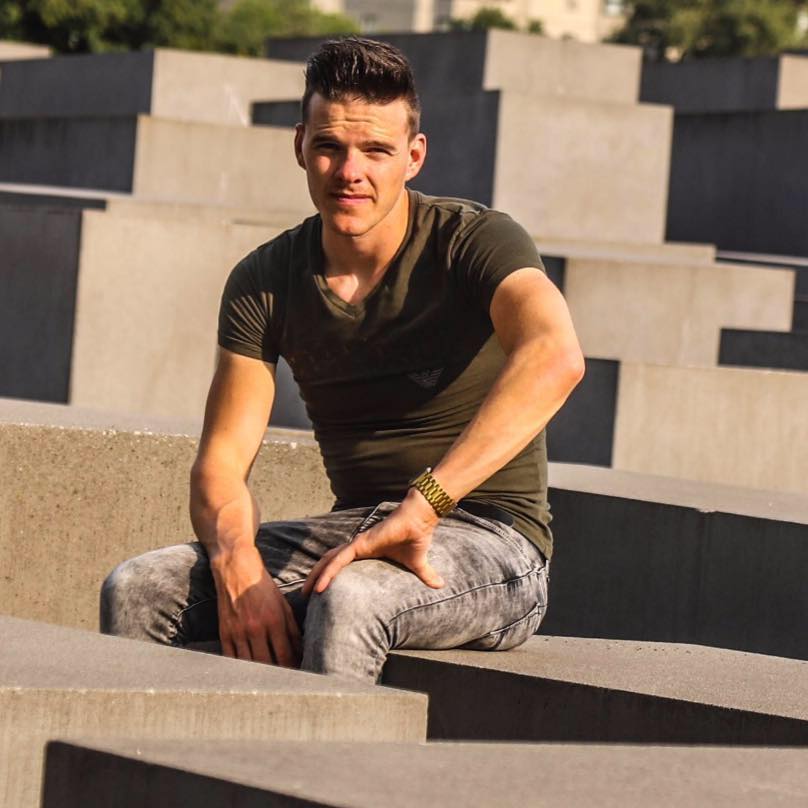 A happy guy, that’s how I know him. Happy, but above all friendly.  Always, which profiles him as a nice personality.

‘It’s something that grows’.

Helpful, just like my photographing son, because he himself was once helped by others and therefore knows better than anyone how it can affect someone. Everybody knows his name and he himself knows just about everything and everyone who has anything to do with motocross. Of course, they know his name, but when do you actually know someone? As a person who doesn’t do motocross himself, how do you start with taking pictures of this sport? Danny looks questionable: ‘It’s something that grows’, he says. ‘I’ve done motocross, but that was for a short period of time’. As it usually begins, he started his short career as a 2 year old on a PW. After his own hobby career, Danny’s father became the fixed mechanic of Peter Herlings. There was little time left to give full attention to little Danny’s motocross career. Until that one day, when he came home with the news that he sold his bike. The transaction might not have actually taken place, but he’d exchanged his bike in his head for 100 flippos and 100 Pokémon cards. Danny laughs about it now, but at that time he was dead serious. At least it showed how he thought about the continuation of his career in motocross.

Day of his life

Although Danny was raised with motocross, cycling was actually more his thing. Up to his fifteenth year, he participated in various BMX competitions, and he was good at it.

The motocross did still attract him, but not so much to ride for himself. He liked to watch and therefore regularly visited competitions with his uncle, who at the time photographed enthusiastically. Danny look enchanted to the big, nice camera and dreamed away. If only he could do that. The dream remained until he asked his uncle at the GP of Lierop if he could take some pictures with his uncle’s camera. Danny’s uncle set the camera in automatic mode and Danny went loose. If Danny looks back, that was the day of his life. A day that would also change a lot in his still young life.

Dad, I want to make photo’s

Once home, Danny’s father was very curious about Danny’s experiences during his GP visit. His father expected stories about the competitions and seeing and meeting the ‘great riders’ in person from that time. But his unexpectedly answer was: ‘Dad, I want to take photo’s’. While saving for a real camera, he already wanted to start with his new passion and bought a few disposable cameras at the Kruidvat. He had to make photos. And that’s what he did and he was certainly not bad at it. The pictures he made, showed that his skills for this type of sport were above average. Recognize and capture the right moments showed that Danny had an eye for details. The ideal base for a possible grow to something nicer and bigger. Danny’s father realized that and recognized the talent of his enthusiastic son. Eventually, he helped him on his way with a ‘real’ camera and a beautiful lens. His first camera, which now belongs to one of his most important and valuable possessions. Especially the fact that he got the camera from his father means a lot to Danny.

Never from the heart

Danny’s father became ill. From a seemingly innocent complaint of abdominal pain to a malicious tumor in his stomach that eventually even affected his lymph. With a weight of barely 60 kilograms, Danny’s father eventually died at the age of 58 years old from the effects of colon cancer. That was a shock to everyone. Danny didn’t really wanted to know about this all. His father, his best friend was no longer there. What can you do without your buddy, your example and rock in the sometimes difficult moments. Despite this tragic loss, the family was able to say goodbye to their loved one in a wonderful way. Even the green John Deere tractor was not missing. Never from the heart. Of course, at some point you continue with your life but it still marks your life. Deep scratches, forever visible in the beautiful and valuable memories.

‘It was all just too much and I was tired’

Danny is now 26 years old. A healthy and strong guy, but also just a human being like everybody else. You have to keep going, if necessary on the automatic pilot. A restless period followed with no time to do anything. His night’s rest also received too little attention. This continued until his mother got a TIA a year ago. ‘That woke me up’ he says with a sad look in his eyes. ‘It was all just too much and I was tired, completely empty’. That was the moment he pulled out his BMX bike again. ‘I just had to do something again. Something for myself, with a purpose’. Despite a broken knee, he helped and learned children the basics and focused himself on the European Championship ‘Pumptrack Battle Wood’ with an approaching World Championship in Eersel.

The challenge was there, but Danny knew that his insecurity could ruin it for him. His knee often hurt, but also the nerves were difficult to control. A part of his head was with his friend Raf Meuwissen, who was riding the ADAC championship for Raths Motorsport in Horselingen, Germany. He also had to be there, because he had made a deal with the team to travel along as much as possible and capture the moments in his own stylish way. Raf had the first position after time practice. With that in mind, Danny started his own time practice. Just when he felt he was riding a good time there was a power breakdown that prevented his time from being recorded. The sensitive Danny nervously began his second attempt, resulting in a 16th time. ‘It just wasn’t going well and I noticed my mind wasn’t focused. A lot of things crossed my mind and then I knew immediately what I had to do. I took the car and drove directly to Horselingen’.

Danny is happy with his recently obtained ‘Maddi deal’. Heavy but completely earned by his never ending commitment to make art of motocross and sharing it with the world for free. It brings him to the places where he really wants to be. He is very grateful for his considerate employer for the understanding which makes it easy to combine it with his office and warehouse work at John Deere. He has to take quite some Mondays and Fridays off, but the tractor giant understands this. Besides his work for Maddi, Danny is regularly found on various circuits throughout the country. He is also present at various Grand Prix. Danny has made a lot of riders happy with his photos taken with very own self-developed style. Danny is innovative and successfully distinguishes himself from the rest. It is always hard to predict the future, but he has certainly grow and is still not at the top of his abilities.

‘I’ll see what the future brings. As long as I’m having fun and people appreciate what I do, I will certainly not stop taking photos. Danny Relouw. Genuine ‘self-made’ and a concept in our world of engines, sweat, blood, success and tears..